With more than 8,000 participants, the Africities Summit 2018 held in Marrakech, Morocco from 20-24 November was the rendez-vous for local authorities of the African continent. The Covenant of Mayors in Sub-Saharan Africa (CoM SSA) initiative was represented at this UCLG Africa event through the presence of its partners, Advisory Board members but above all its signatories. With more than 130 signatories in 34 Sub-Saharan countries to the date, the initiative forms a network of local authorities committed to fight climate change and improve access to sustainable energy on their territories.

During the summit, the Covenant of Mayors for Sub-Saharan Africa (CoM SSA) was well represented; leading sessions such as a high-level panel for discussion on access to climate finance in Sub-Saharan Africa, a technical session on how to develop a Sustainable Energy and Climate Action Plan (SEACAP), and a session on the role of national associations in enabling climate action at the local level.

The CoM SSA also took the opportunity of the summit to hold its Advisory Board Meeting, gathering the European Commission, the Joint Research Centre, the African Union, UN-Habitat, Sustainable Energy 4 All, Platforma, UCLG, the Global Covenant of Mayors and CEMR to discuss the progress made so far and the way forward for the initiative.

Africities also saw the launch of the UCLG Climate Task Force, which will operate as a platform of choice for local climate and energy stakeholders gathering in the continent.

The Climate Day of the Summit was chosen to launch the CoM SSA Group of Ambassadors: Mayors committed to raise the visibility of the initiative and promote the work carried out by pilot cities and signatories. The ceremony was chaired by Felice Zaccheo, Head of Unit at the European Commission and CEMR Secretary-General Frédéric Vallier.

The presence of CoM SSA signatories, partners and Advisory Board members truly boosted the interest and understanding the initiative with more than 150 potential signatories and supporters who signed the letter of engagement. 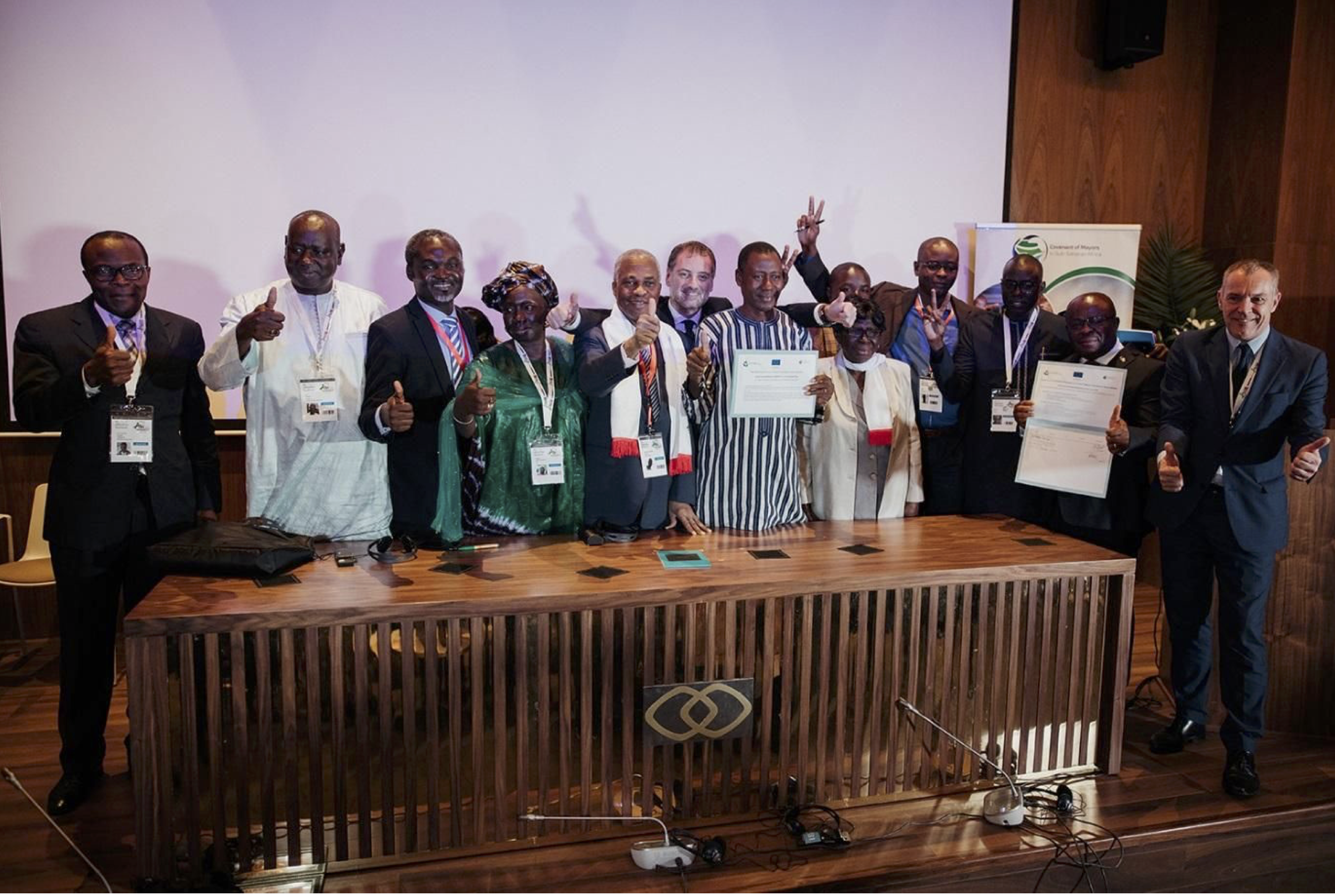