News & Events / Article: It is time to invest in air quality in Uganda

It is time to invest in air quality in Uganda

Air pollution is a big challenge in many cities in the Sub-Saharan Africa region including Kampala, Uganda’s capital. The French Agency for International Technical Cooperation (Expertise France) and the Kampala Capital City Authority (KCCA) collaborate on updating Kampala’s Climate Action Plan to support the local government in improving air quality for residents.

With fine particle levels two-times higher than World Health Organization recommendations, for two-thirds of the year, Kampala is one of the most polluted cities in the country and Uganda ranks among the top 25 most polluted countries in particulate matter. Air pollution is amongst the most harmful environmental issues due to its detrimental impact on the health of the population.  Poor air quality currently affects many country areas, and national and local authorities are committed to focusing on air quality solutions. The National Environment Management Authority (NEMA) is developing regulations on air quality, and the Kampala Capital City Authority (KCCA) plans to expand its station network to collect data to measure and track air pollution trends.

Environmental regulation: the result of a long collective process of data collection

The development of Uganda’s environmental regulatory framework was initiated by the national environment action planning process in 1990. Five years later, the National Environment Act (NEA) enacted the operation law of the NEMA. During 2014, the act was reviewed and amended for incorporating emerging issues over the years, such as climate change.

Ms. Christine Echookit Akello, Deputy Executive Director of NEMA, gives us an overview of the most recent legislation evolution towards an environmental regulation of air quality in the country.

Over the past few years, NEMA has been actively engaged in developing standards and regulations for air quality. “In 2019, it was presented the first comprehensive review of the regulations through the National Environment Act”, said the Deputy Executive Director.

Currently NEMA liaises with relevant lead agencies, including urban authorities, where air pollution is rampant. Despite the context of the Covid-19 pandemic, the national institution continued to work closely with local governments: “Since the commencement of this year, we have been holding virtual meetings wherein KCCA participated in the generation and sharing of data required to develop standards”. Beyond local governments, the regulatory development process included a wide diversity of actors. “We expect standards and regulations to govern air pollution in the country in 2021.”

As emphasized by Ms. Akello, the sources of ambient air pollution in Uganda are very diverse and are dependent on the local context. We can, however, distinguish four main drivers: dust, transport, industry and energy, and open-air waste combustion.

“Sources of pollution vary in time, location and activity (…) the preliminary data indicate that motor vehicles are a great concern in Kampala,“ she said. Therefore, environmental standards must take into account local realities and responsibilities in air pollution. For this, “the standards have been developed with a focus on the local context, with air quality monitoring data from the US Embassy in Uganda, NEMA, and Makerere university.” 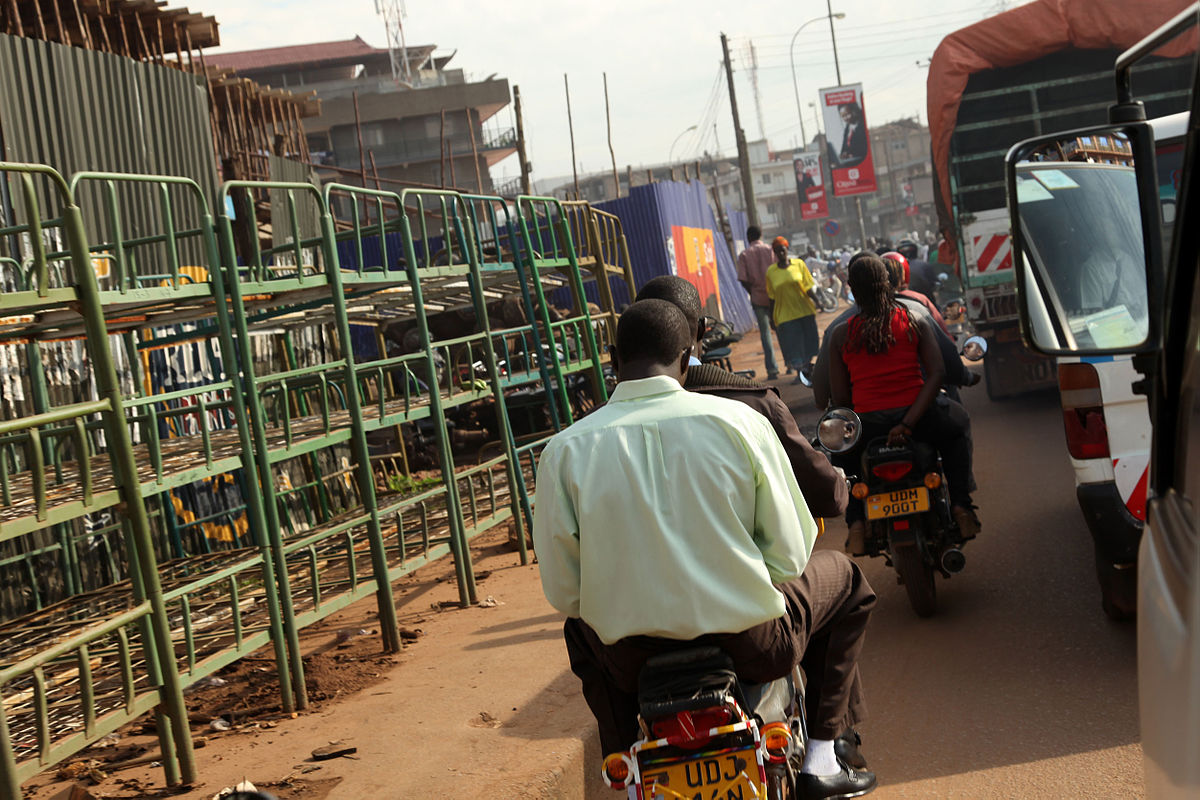 The preliminary data around air pollution indicates that motor vehicles are a great concern in Kampala, Uganda

While National Air Quality Regulations progress in its entry into force, the Kampala Capital City Authority and Expertise France are collaborating on updating the city’s existing climate action plan which will be followed by the implementation of several actions related to air quality data collection. Under the Covenant of Mayor in Sub-Saharan Africa project, co-funded by the European Union, the KCCA will strengthen its skills through air pollution trainings to its technical staff.