A sustainable future for African cities

Through working with CoM SSA and local partners, Garoua is taking its first steps towards tackling climate change and energy access challenges by understanding the specific impacts climate change is already having on the city and its residents.

The City of Garoua officially launched the development of its Sustainable Energy Access and Climate Action Plan (SEACAP) during a ceremony which brought together local government and civil society representatives. Developing a SEACAP is the crucial first step in taking tangible action against the climate emergency and to provide sustainable energy access to the city’s citizens. The City immediately started the data collection process to keep momentum going and to assess Garoua’s current climate and energy situation, especially focusing on the sectors and people that will be most affected. These studies will enable the local authorities to define and achieve both ambitious and realistic energy and climate objectives.

Cameroon is located just south of Africa’s Sahel region, a semi-arid region south of the Sahara Desert. The Sahel is a direct victim of the consequences of climate change and is currently undergoing torrential rains on an exceptional scale. The city of Garoua, in northern Cameroon, is experiencing major floods reminiscent of those of 1987-1988 and 2012. It is impacting the entire City, yet the likelihood of floods and its magnitude vary from one municipality to another, with Garoua II and III being the most exposed. More generally, every year, rains are causing extensive damage in different sectors with agriculture and construction being the most vulnerable. According to a flood impact assessment report for Garoua III, an estimated 1,250 hectares of cultivated land were flooded, 551 households and 954 homes were affected. 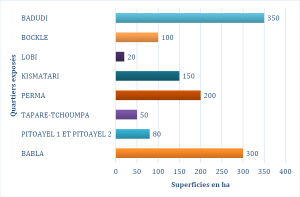 It is in this context that the political launch ceremony of the Sustainable Energy Access and Climate Action Plan of the City of Garoua took place, bringing together around fifty participants on July 28, 2020. The administrative and municipal governments of the Region and the City thus gathered together alongside regional sectoral delegates and representatives of the civil society to attend the signing of the intermunicipal agreement with the three District Municipalities and the City of Garoua. 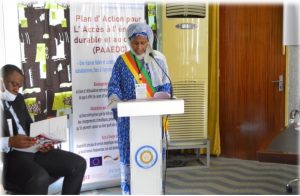 The attending stakeholders were able to reassert their strong intention to fight together against climate change and to agree on the elaboration process of their SEACAP which will allow the implementation of a series of actions fostering the transition towards a sustainable urban development. 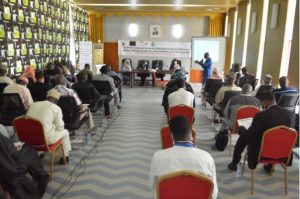 The first step in this process is a participatory vulnerability and risk assessment workshop of the City of Garoua. Organised by GIZ and ICLEI Africa, partners of the Covenant of Mayors for Sub-Saharan Africa (CoM SSA), and conducted in person by the local NGO Help Community in September, this two-day workshop brought together some 20 members of municipal services and regional sectoral delegations. It aimed to identify current climate risks and estimate the future evolution of these risks based on accurate meteorological records. The enthusiasm of the participants, combined with their expertise and discussion spirit, made it possible to draw up a climate profile of the City of Garoua.

With hot temperatures all year round between 28°C and 35°C and a long dry season, the current global warming is not without consequences on the climate of the city of Garoua. Indeed, there has been a gradual shift in time and a shortening of the rainy seasons, as well as irregular rainfalls over the last five years. Increasingly intense heat is also being felt. The workshops thus made it possible to identify a series of hazards (extreme rainfall, lightning and ground fires, spread of pandemics…) classified by high or extreme risk levels, according to the average occurrence likelihood and severity. The environment and biodiversity, informal housing, agriculture and health sectors were classified among the most vulnerable sectors with regard to these different hazards, which mainly threaten the elderly, children and infants, people living in substandard housing, and women and girls.

For the energy data collection, Help Community locally recruited 40 “climate relays” who were then trained for four days on field survey techniques compliant with the sanitary measures against COVID-19. The climate relays are currently deployed in the field and are responsible for interviewing 1120 households distributed proportionally between the three district municipalities, according to a stratified sampling plan, 30 institutions, 450 businesses and other stakeholders thanks to questionnaires on their energy consumption habits. 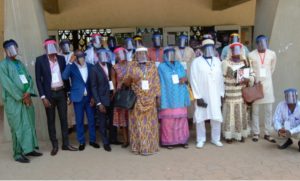 CoM SSA is co-financed by the European Union and the German Ministry for Economic Cooperation and Development.