In August 2018, CoM SSA team comprising staff from CEMR, ENDA and ICLEI Africa travelled to Monrovia and Paynesville, Liberia, to conduct an inception visit. Organized by the Covenant of Mayors in Sub-Saharan Africa (CoM SSA), the inception visit took place on the 30th and 31st of August 2018.

Monrovia (together with Paynesville as a beneficiary) is one of the 13 pilot cities selected as part of the CoM SSA, which means that the city is receiving money to implement a project relating to energy and climate change. The aim of the visit was to present the Covenant of Mayors Initiative to the representatives as well as to the technical staff of the cities of Monrovia and Paynesville, national government officials, Community Service Organisations (CSOs), academics, and representatives from youth associations and the European Commission.

The CoM SSA team had the pleasure to meet Honourable Mayor Jefferson T. Koijee at the Monrovia City Hall before the start of the workshop, where the Honourable Mayor expressed his warmest welcome to the team and for continued efforts under the CoM SSA.

The first day was dedicated to the official launch of the initiative and framing activities with the objective to better understand the challenges of the Cities of Monrovia and Paynesville in the field of climate change, energy and waste in particular.

This was followed by a Talanoa Dialogue that was facilitated by the ICLEI Africa team, in partnership with the Environmental Protection Agency. Monrovia and Paynesville officials showed that they would like to collaborate with National Government and were willing to align with National Government in terms of the Liberia’s Nationally Determined Contribution (NDC). Participants agreed that there was a need to improve communication and a need for institutional structures for information flow and coordination.

“A steering committee on the climate change activities in Liberia should be created after this workshop. We need a stable institution which could deal with climate change.” – Managing director of the Financial Development Authority.

During the second day, the team engaged in capacity building activities with the cities’ technical staff in the following areas: tools for cities on mitigation, adaptation and planning; financing local climate action; and waste to energy technologies. The second day ended with a session where technical staff were joined by community service organisations that worked specifically in waste collection and recycling where they used learnings from the day to co-design potential waste to energy pilot projects for the cities. 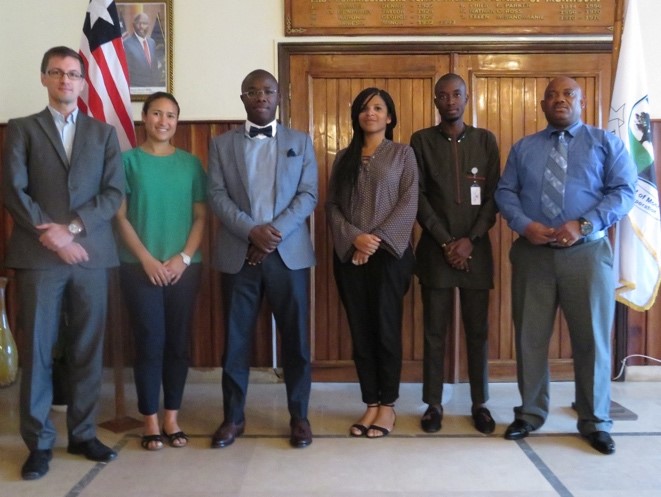